Imagine driving down darkened roads as the night faded out, or pulling stock in a warehouse with the midnight hour close at hand. On the radio is a program dedicated solely to the fascinating, creepy and sometimes very legitimate sounding calls of people just like you and me. Except they’ve been visited by someone or something. They’ve seen things. They’ve done things.

If you were lucky enough to live in Mexico in the mid- ’90’s through 2017, you may have heard of ‘La Mano Peluda’, or Hairy Hands. The series enjoyed a 22-year run that kept night owls entertained for two hours a night, from 10pm-12am, Monday through Friday. The show featured callers telling their real-life experiences with the paranormal, supernatural and downright evil. The show was so popular, it had its own fan base called the ‘Hairy Hand Maniacs’.

As with any self-respecting horror radio program, there were quite a few too-eerie-to-be-coincidental issues during the show’s run. Like when the radio station inexplicably shut down during a call-in from a devil worshipper. Another caller confessed to killing his own grandmother all in the name of the Devil! Of course, there’s a great chance the station simply had a random malfunction during the worshipper’s call and the old lady’s doctor made it very clear that she died of natural causes but still! What a fun-as-hell program to listen to.

Arguably the show’s most popular host, Juan Ramon Saenz (below), passed away suddenly at the age of forty-eight, which prompted fans and skeptics of the show alike to surmise that there was some nefarious circumstances around the death. However, the death was ruled a bacterial infection that led to respiratory arrest. 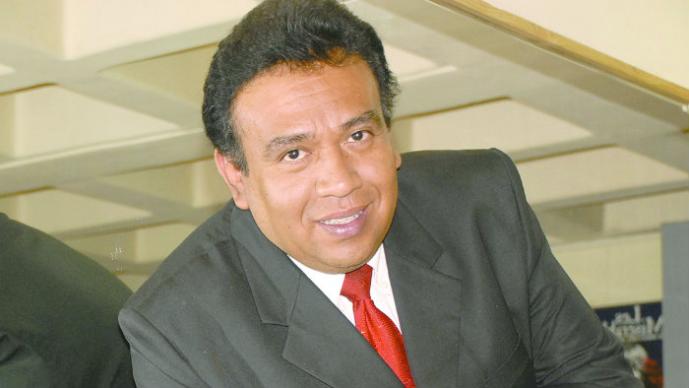 The show’s name is generated from folklore of ‘the hairy hand’ clutching your ankle as it dangles over the bed or your shoulders from behind as you sit around a campfire. The program began on August 13, 1995. The brainchild of Mario Cordova, the program was led by the likes of Ruben Garcia Castillo (below), Juan Ramon Saenz, Georgina Aviles and Ignacio Munoz over the years.

Reportedly, the show originally was supposed to start after midnight. However, after a few eerie calls and instances, the staff of the show demanded the show start at 10pm and end by midnight so they could avoid any super late-night spooks!

Sadly, the show ended in 2017 when Castillo revealed that there just nothing more the show could accomplish. While new episodes will no longer haunt airwaves, there are still Hairy Hand Maniacs the world over who enjoy the show’s catalog and share their spooky tales over social media.