Yesterday, R.L. Stine celebrated his 76th birthday. The man behind countless nightmares is still writing and drumming up scares at a prolific rate.

It can be argued that Goosebumps is the single most influential book series of all time. How else do you explain millions of young adults over the span of three decades owing their love for horror and dedicating their creative outbursts to Mr. Stine? The books not only provided an entire age demographic with their own specially tailored content, but it also got almost every child in America to read.

My Goosebumps collection was my most cherished possession growing up. I made sure my school desk was well-stocked with folders, notebooks and pencils covered in Goosebumps imagery. I would bring a stack or two of my collection into class each day and I had a library system in place that allowed classmates to borrow a book for a few days so long as they promised “no bending pages and no drawing on the book!”. Discussions at the lunch table revolved around the latest book and sleepovers were scheduled around prime-time viewings of the TV series.

The books had it all- they were long enough to be enthralling reads for kids while being short enough to get through before the reader grew bored with it. The covers were beautiful, vibrant and glossy. Stine got how kids thought and talked. He tapped into the idea that our parents didn’t listen to us and allowed us to be the heroes. Simply put, Goosebumps is in a class all by itself.

When the book series hit the small screen in 1995, the phenomenon blew up even more. The theme song is all sorts of nostalgic goodness and many of the episodes from the series still holds up nicely. For young adult scares, there are some really solid scenes throughout the show’s run that kept more than a few kids up at night. 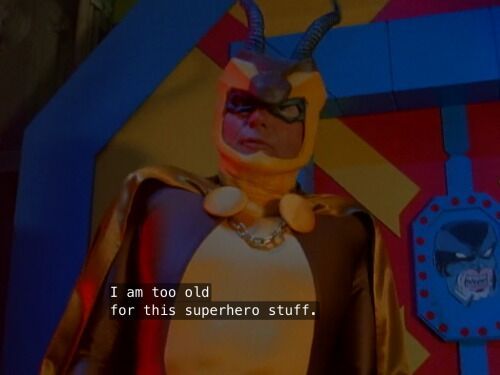 The beloved title is very much alive and well to this day, thanks to a massive film franchise that promises more installments and Stine’s current output that continues to bring in new followers by the day.

Stine, of course, is more than just Goosebumps. He’s a well-respected former television co-creator and writer, a comic writer and the creator of the Fear Street series, which was basically Goosebumps before Goosebumps, and aimed at teenagers. There was more at stake in this books, with deaths being the norm (there are no actual deaths in the Goosebumps series, just a bunch of disappearances and inner dimension shenanigans) and teenage hormones and a darker tone running rampant across the pages. Over 80 million copies of Fear Street books have been sold.

The series has been rumored to be getting the silver screen treatment for years now. Hopefully, that actually happens because Stine brought the goods with those books and thanks to the success of the PG-13 horror world these days, they should translate delightfully to film.

While Stine has also dabbled in adult fiction, his name is etched in horror lore thanks to his groundbreaking and wildly successful young adult work. He proudly acknowledges that he’s built his empire on the screams of millions of children and he continues to create for a whole new generation of fear seekers. Here’s to a great year for Mr. Stine, with many more to come!