Haunted cars. Stephen King has made them famous. Tabloids have attributed them to the death of celebrities. Horror fans root for them to destroy the bad guys in movies.

We aren’t talking about phantom cars here, which is a whole other topic. These are nuts-and-bolts-haunted-as-hell motor vehicles that you’d be wise to avoid while crossing an intersection.

Here are four reportedly haunted vehicles that you most definitely want to keep out of while hitchhiking down a dark road. 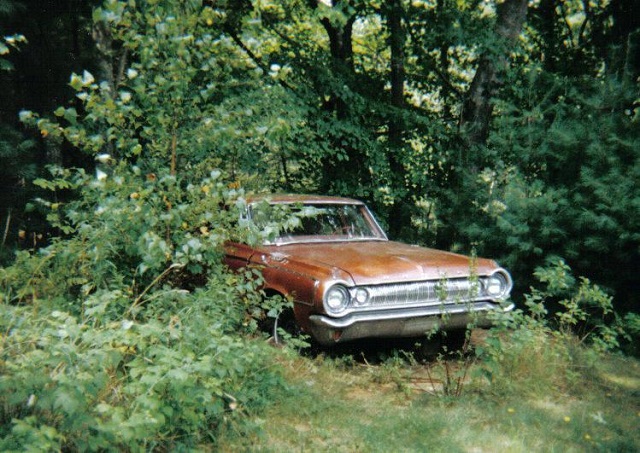 Sweet Jesus, look at that thing. It’s poking out from behind that greenery, just waiting to murder you.

If the vehicle looks a tad familiar to the horror fanatics out there, it’s because this bad boy was the inspiration for Stephen King’s Christine.

Considered the most evil car in America, this one has claimed the lives of up to fourteen people. Supposedly three police officers have owned the car and all three wound up committing terrible murder-suicides that took the lives of their loved ones, too. There’s also talk of anyone who vandalizes the car dying in a horrific car accident themselves.

Currently, the vehicle resides with a woman who is referred to as a ‘sea witch’ by a local church community who believe she uses the car for demonic rituals. Like a giant, chrome voodoo doll, I guess. The woman, Wendy Allen, states the car has been kept within her family for years and there is no nefarious activity going on with the car. Isn’t that what a wicked cult leader would say? The vehicle carrying the man whose death (in that very vehicle) would go on to spur World War I can’t possibly be haunted, right?

Graf & Stift were the luxury automobiles at the time. Unfortunately, these vehicles suffered from the same frustrations that every car dealt with at the time –  when the car attempted to turn around after a wrong turn, it stalled out. A young gunman stepped out of a cafe and seriously injured wife Sophie and killed Ferdinand. The blood that was lost that day allegedly ruined the vehicle forever.

In a little over a decade after Ferdinand’s death, fifteen people owned the vehicle and thirteen supposedly died. The car was so notoriously haunted, in fact, that the governor of Yugoslavia sold the car to a friend on a dare. The friend ended up flipping the car and dying.

The car now resides in a museum in Vienna, as far away from any roadways as possible.

Sixty-four years ago, a twenty-four year old James Dean lost his life during a terrible car accident in California. The vehicle that Dean was driving, affectionately nicknamed “Little Bastard”, has since become one of the most storied vehicles in haunted history.

Following the crash, the car was sold out for parts by George Barris, best known as the creator of the original Batmobile for the television series. Many of the vehicles that had those parts installed in them ended up suffering significant damage themselves and at times claiming the lives of their owners, although you can find folks who refute these claims.

The whereabouts of Dean’s Porsche have been a hot topic among conspiracy theorists and Hollywood fanatics over the years as the vehicle’s pieces have all but disappeared. Some say they are encased in a brick wall, others state they are collecting dust in a garage somewhere unknown.

Wherever the vehicle is these days, here’s hoping it stays dormant.

All this thing needs is “Free Candy” handwritten by a drunk with their eyes closed on the side of it and you’ve got yourself the world’s creepiest vehicle.

The 1968 VW van was rusting away in the storage unit of the realty show pawn shop American Jewelry and Loan in Detroit when Ghost Adventures front man Zak Bagans stopped in and purchased the vehicle.

Kevorkian, the most well-known assisted suicide advocate in modern history, lived in the van for a while during his life and also transported some of his patients in it. A recipe for haunted success has never been more perfect.