As Halloween nears and the weather gets nastier, there are some days and evenings that force plans to be cancelled and date night becomes stay-at-home night. What better way to keep the mood creepy than with a few excellent horror flicks?

Today, we run down a collection of five creature features that are all sorts of entertaining, bloody and weird. Being such a large and diverse sub-genre, it was hard to pick just five but the ones listed below are personal favorites of mine. Let’s get spooky!

Inspired by an actual crocodile attack in 2003, this Aussie flick centers around a family dumped into croc-infested swamps. What starts as an adventurous family experience turns into a harrowing fight for survival when their boat capsizes. It doesn’t take long for the crocodiles to make their presence known, with bloody results. The movie was a film fest hit and has earned itself a nice cult following.

What I like most about this one is the ending, which I won’t break down here. Not everyone will like it, and that’s OK. It’s the perfect ending to this fever dream.

If you’re looking for a gross-out flick, you may have found it here. I’m not one for gross horror, but this one provides so much more than that. A random group of strangers is forced to battle a violent parasite that has them trapped inside of a gas station.

The first time we encounter the parasite is when we see an animal on the side of the road that looks like it’s been attacked with a horde of splinters. The thing soon devolves into a nightmarish rendition of Play-Doh in which multiple terrifying things can be mashed together to create a larger terrifying thing.

With nods to Slither and The Thing, this indie gem deserves all of the viewings.

Nothing beats a good ol’ fashioned Western scare fest! If that’s your kind of horror film, then you’re going to love this one.

During the time when pioneers were still settling the Wild West, there are more than just humans to fear in the great unknown. A species of creatures called ‘the burrowers’ live off of buffalo meat and keep to themselves for the most part. Until the white man kills off the buffalo, thus forcing some of the creepiest ground dwellers you’ve ever seen to start living off of human flesh.

This one is a honest to goodness period piece that does a great job with set and costume design to keep us in the past. The creatures look like something from a Stan Winston hallucination and are truly the stars of the film. Check it out.

As a sucker for deep sea terror, this one almost makes the list by default. Throw in the fact that it stars Daniel Stern and I challenge you to not let me enjoy this one!

When a group of underwater geologists learn that their deep sea laboratory is being attacked by a Lovecraftian beast unknown to the world above, it’s up to Stern and Company to save the world. The movie borrows (and sometimes simply takes) from several classic horror films (Alien, Jaws and The Thing, for sure) but that doesn’t mean it isn’t an entertaining dip into the terrifying abyss.

The film was a dud in theaters but has a fun-loving following among audiences these days. 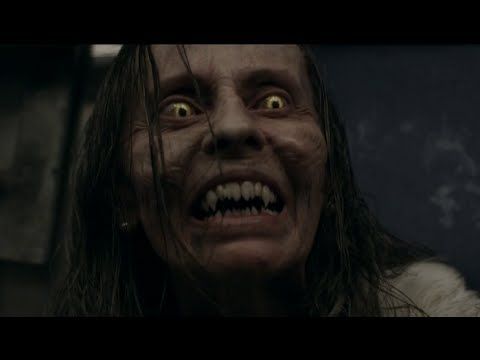 As a fan of all things indie horror, I can’t recommend this one highly enough.

What do you get when you combine a group of passengers on a late-night train ride, a blood-thirsty humanoid creature and a whole lot of pretty damn awesome special effects? You get Howl, that’s what you get. See, there seems to be a terrible feast on human flesh that happens along this route every once in a while and tonight is the next buffet.

This British terror romp does all of the little things right (setting, script-writing and casting) while also delivering the goods when it comes to jump scares. Let’s not forget the stellar blood volume in this one, too.