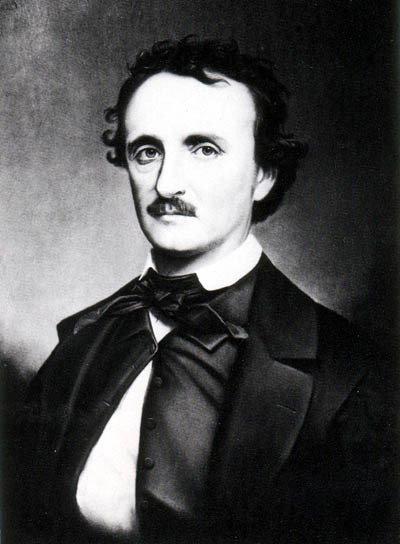 What’s better than a good old fashioned spooky story? How’s about one laced with supernatural theories and a shocking dash of truth?

Of course, a story as weird and mysterious as the one we are going to be discussing today would have to involve one of the greatest horror authors of all time. It only makes sense that this particular instance involves the Master of the Macabre himself, Mr. Edar Allan Poe.

In 1838, Poe published his one and only novel, The Narrative of Arthur Gordon Pym of Nantucket. The story tells of a young man named Arthur Gordon Pym, who hops on a whaling ship and stows away as the vessel hits the high seas. It’s a wild adventure with some not-so-PC encounters with a hostile native tribe sandwiched in between everything from mutiny to cannibalism. The novel sparked a creative interest in Jules Vernes, a sincere admirer of Poe.

One of the more unsettling parts of the novel comes when the crew realizes that they are soon to be shipwrecked and very hungry and thirsty. Soon enough, the discussion of sacrificing one for the greater good comes up and wouldn’t you know, a member of the ship’s crew named Richard Parker is stabbed to death and devoured (save for the head, hands and feet, of course) in order to keep the remaining crew members alive.

Now let’s fast-forward to 1884. A yacht named the Mignonette leaves England on its way to Australia. The yacht wasn’t fit for a trip around the world and it soon sank during a storm. Here’s where things get weird as hell.

In Poe’s story, the water-stranded crew catch a turtle and eat it but quickly realize that wouldn’t last them too long. The crew of the Mignonette were able to catch a turtle and eat it, but they knew that wouldn’t hold them over until help hopefully arrived. One of the members of the floating caravan was a teen named Richard Parker, who unfortunately fell overboard and then drank a bunch of seawater to quench his thirst. Bad ideas, all around. As he fell in and out of consciousness, the remaining crew members of the yacht made a decision no one is prepared to make- they would kill the sick young man before he died and potentially contaminated his blood, and drink said blood while devouring what they could of him to wait out help. Help came in the form of a rescue team a few days later.

Unlike in Poe’s novel, the men of the Mignonette were sent to trial when they arrived back in England and two of them were actually sentenced to death for the murder of Parker. After a few appeals, the courts ordered the men to six months in prison for the crime.

It only takes a quick Google search to find that more than a few people think Poe has connections to mysticism and any sort of black magic that may include time travel. Incredibly ironic events such as his fictional story coming to life certainly don’t quell these wild theories.

The ties between fact and fiction in this case weren’t widely acknowledged for some time, until a descendant of the real Parker wrote a letter breaking down just how eerily similar Poe’s story and the real events are.

Maybe Poe is a time travelling magician. Perhaps this was just a wild coincidence. Either way, long live the macabre.