Two of the most terrifying ideas in the human mind would have to be a pregnancy gone wrong and the idea that you’ve lost yourself without even having a chance to make things right.

Such are the basic foundations of two of the best horror novels the genre has to offer, 1967’s Rosemary’s Baby and 1972’s The Stepford Wives. Throw in a suffocating dash of paranoia and you’ve got the perfect recipe for a massive horror hit. That’s exactly what Ira Levin accomplished with his two most well-known novels. Yet, for some reason, Levin goes tragically underappreciated when it comes to the masses acknowledging the best the genre has to offer. 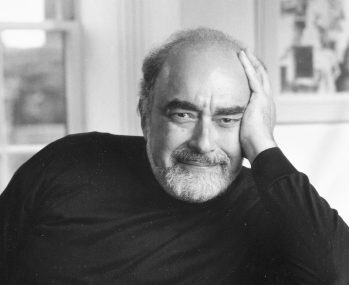 I recently watched an awesome interview from the 1970’s that put Stephen King, Peter Straub, George A. Romero and Levin in a round-table discussion with host Dick Cavett. While King was the rock star of the group, riding the tidal wave of popularity that his novels had brought up to that point (and nowhere near the crest of where that popularity would take him), it was Levin that caught my attention most during the discussion. He was reserved and soft-spoken, but when he did speak, there was something about the gentleman that sparked an interest. This was the sort of guy I’d love to have the chance to sit down across from and talk shop with. Unfortunately, Mr. Levin passed away in late 2007 at the age of 78 but his work, particularly the two prime examples of psychological terror, will live on forever.

Rosemary’s Baby revolves around a young, good-looking couple in New York who have the world at their fingertips. Rosemary and Guy Woodhouse have found the perfect location deep in the heart of the city – the Bramford. Unfortunately, the Bramford just may be sitting on a portal to Hell and infested with a coven of witches that are looking for their next sacrifice to their beloved Satan.

One night, Rosemary experiences a nightmarish sexual encounter with a mysterious beast. The thing has searing yellow eyes as it’s only distinguishable feature. She wakes up and is assured it was just a wild sexcapade with her husband. Right…

Shortly thereafter, Rosemary finds out she is pregnant. The expectant mother then learns that her neighbors form a Satanic coven. Believing her unborn child is the target of the coven as a sacrifice to Satan, Rosemary learns the nightmarish truth upon giving birth.

The book practically drips with tension and the sort of hysteria that can keep a reader up through the night, flipping pages until the sun rises.

The Stepford Wives tells the story of a small community in Connecticut that is populated by husbands and their suspiciously submissive and perfectly beautiful wives. The novel’s main character is Joanna, a photographer from New York who moves into Stepford, Connecticut with her husband and children.

A few awkward meetings with some ladies from Stepford raise Joanna’s suspicions. It doesn’t take long for Joanna to realize something is off about the women of Stepford and she soon fears that the men of the town, including her own husband, have a nefarious agenda  when it comes to their spouses. It turns out these strong, independent women are being transformed into docile, mindless vessels whose only purpose in life is to make their husbands happy.

While the terror isn’t nearly as palpable in this one, there’s an uneasy paranoia throughout. The scariest thing about the novel is that it actually could happen, especially in this day and age of technology.

Ira Levin wasn’t a two-trick pony, however. A year after his trip to Stepford took Levin  into Veronica’s Room. The play introduces us to a middle-aged couple named John and Maureen, who meet a young woman named Susan randomly one day. This young lady bears a striking resemblance to a woman the couple knew named Veronica. Susan and her boyfriend, Larry, eventually head out to the Mackeys’ home to meet a Veronica’s psychologically broken sister. Hoping to give the poor sister closure, Susan agrees to dress up like Veronica (because.. what?) and try to bring the woman back to her senses.

This one is weird as shit and includes so many twists and turns, it’s almost hard to keep track of exactly what is going on. While not on the same level as Rosemary or Stepford, Veronica’s Room is another unnerving example of Levin’s prowess in the genre.

Simply put, Ira Levin was one cool dude. He got his start with a script for the renowned radio program, Lights Out in 1951. He went on to pen two of the most startling novels the literary world had seen up to that point – novels that stand up exceptionally well to this day. He was a man who told stories of strong women being held down by the standards of a misogynistic society. The lead women in both novels knew far more than they were given credit for but ultimately lost their fight under suffocating societal archetypes.

Levin went on to pen a sequel to Rosemary’s Baby in 1997, called Son of Rosemary.

Widely regarded as one of the finest examples of a writer in the thriller/horror field, notably acclaimed by the likes of Stephen King and Chuck Palahniuk, Levin will forever hold a spot among the greats of the genre. 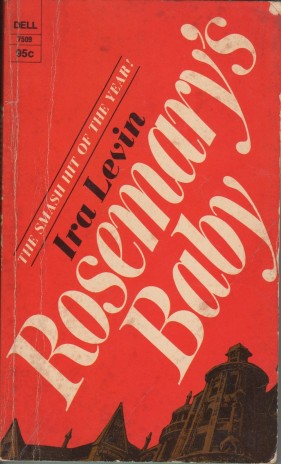