I am nothing but a Constant Reader. I have no story to tell of meeting Mr. King. I don’t own any of the uber-rare items that some keep in gold encrusted glass cases. I am a Constant Reader, born and raised. Which means I have a story, all my own, and it starts like most of yours do, too.

I was born in 1986. By that time, King was already a global horror icon. But the dude’s been with me since Day One.

Growing up, King was probably my biggest cultural influence. My mother was an avid Constant Reader, filling our living room bookshelves with his novels and making sure she was up to date on all things King-related well before a computer ever graced our living room. I vividly remember when she gasped aloud and shouted, “No shit!” from the living room one evening. I high-tailed it out of my room, hoping to find my sister getting in trouble or maybe some fascinating incident occurred in our front yard. Instead, I found my mother staring slack-jawed at the television as a news reporter provided details of a horrific accident that had left Mr. King in critical condition.

A few years before King’s accident, I recall perusing my mother’s book shelves and being fascinated by these incredibly vivid and ominous covers by the likes of Anne Rice and the one they call King. Finally, one day, she asked if I wanted to read one of the books. I asked her for a few summaries. She provided me with just enough to make me want to start reading that night.

“We’ll go to the mall this weekend and get you one of your own.” She promised before pointing to the book case with a smirk, adding, “Those are mine.”

Like any self-respecting Constant Reader, my Ma adored her collection. These weren’t just words bound by glue and glossy paper. There was something so personal, so passionately appreciated within the works of Stephen King for those who truly love his work. Without ever reading one of his books myself, I got it.

That weekend, I acquired my first Stephen King novel by the name of Cujo. I remember it taking a few days for me to really fall into the reader’s rabbit hole but once I did, it was game over. The story of a rabid St. Bernard and a mother desperately clinging to her marriage, sickly son and sanity was the craziest thing I’d ever read up to that point. The subplot of a serial killer named Frank Dodd’s ghost maybe having something to do with this viciously sick dog was like nothing I could have ever imagined as a nine-year old.

I took the reading seriously – I had already been a voracious reader but I immediately knew that this book, his books, were different. I took my time, to take in the scenery, absorb the emotional weight of the characters and feel the suspense grow from the pit of my stomach up to the nape of my neck.

After Cujo, it was Carrie and then The Gunslinger. The Girl Who Loved Tom Gordon, The Long Walk and a few short story collections. I survived the apocalypse with The Stand before beginning my quest for The Dark Tower in earnest.

Through King, I had found a safe place all my own. Somewhere where I could let my freak flag fly. I could root for the bad guy if I wanted to. I could cry, I could laugh, I could mumble curse words to myself as I flipped through page after page. My mother had her safe place somewhere in that same universe and we often crossed paths, discussing our favorite parts of the latest book we were reading (so long as the other had already read it- Constant Readers know there are no spoilers allowed!).

Stephen King has famously said, “Books are a uniquely portable magic”. Whether at the bus stop or during silent reading in school, I wandered the dimly lit halls of The Overlook. I dodged giant lobstrosities. I watched Mr. Jingles do his mouse tricks along the Green Mile. This rarely had anything to do with my own imagination. This was all thanks to King and his word processor wizardry. He provided the magic, all I had to do was buy the book.

King taught me that broken people could be heroes. That the nicest guy in the room could be hiding the worst secrets. He made it completely rational to fear the irrational – tentacles stretching from the fog, a demonic car chasing you down a dark road, low men in yellow coats.

Stephen King created a world smeared across the Americana landscape of Norman Rockwell. He dug at the corners and peeled back the peace, love and happiness, exposing the rotting teeth and squirming evil underneath.

It wasn’t all nightmares and dreamscapes, however. Heartfelt nostalgia showed us The Body and walked us down that Green Mile. An entire generation was represented in Hearts in Atlantis. King possesses the incredible power to bring together all readers. He broke through the concrete horror boundaries long ago. By challenging himself, he challenged his readers and both parties benefited from the effort.

Even when he stepped into other genres, he never strayed too far from the blood soaked path he has wandered for over fifty years. Never determined to shed the “horror writer” label, King loves the genre just as much as his fans do. Because he, himself, is a fan of the genre. That passion and respect comes through in his writing like no other author before or after him.

When my mother passed away in 2016, I lost more than a parent. I lost my horror buddy, the person who introduced me to the world of Stephen King. My favorite fellow Constant Reader. I was fortunate enough to have the opportunity to enjoy An Evening with Stephen and Owen King, in Milwaukee, during their 2017 tour. I walked up to the theater, staring wide-eyed at the bright marquee that announced the event and it hit me. Tears welled in my eyes and a lump grew in my throat. In that moment, there was nothing I wanted more than to be able to experience that night with my mother. She was with me that night, though. I knew it.  I could feel it.

These days, whenever I start a new King novel, the first thing I do is say a quick hello to my Ma. She’d be reading alongside me. Just like she did all those years ago when I first started my journey with the greatest horror author of all time. In the twenty-five years I’ve been reading King, a lot of things have changed but one constant has remained. King still has the distinctly unique power to take me away. He’s asked his Constant Readers to trust him, take his hand and follow him into the dark. A lot of us go willingly, not only because we want to but because we need to. It’s a way of life, a link in the chain that we are all connected to. The life of a Constant Reader.

Sometimes when I’m reading a King novel, a perfect stranger tells me how they hate clowns because of “that man”. Other times, I’ll get a side-eyed glance from someone who clearly doesn’t partake in “that kind of book”. I smile at both of those experiences the same.

The man and his work, which will sell about 500 million books by the time he’s stepped off of this mortal coil, still feels like a private escape for me. One that started with my mother and is shared with millions of other people all around the globe. I wouldn’t want it any other way.

Across Derry, through Castle Rock, in between aisles of an airplane seemingly flying forever. Because I trust him, even if I don’t know exactly where he’s taking me. It’s all about the journey. And the lifetime of memories I’m still collecting.

That’s what Stephen King means to me. 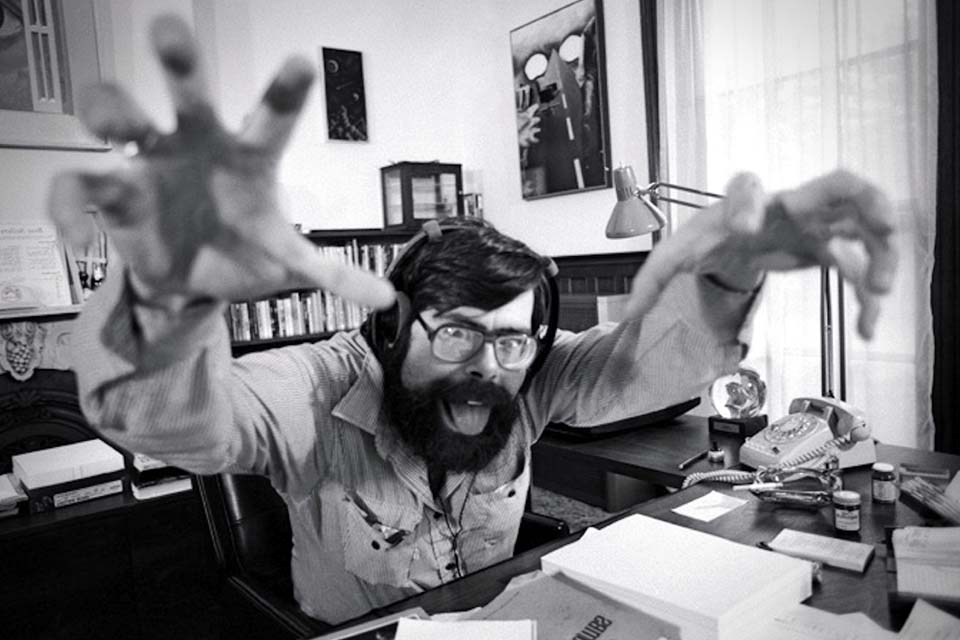