Have you ever watched a movie and were able to spot the ‘twist ending’ from a mile away? Odds are, you have. Odds are, that means it wasn’t done properly. For one reason or another, making a shocking plot twist work in a film can be very difficult. But when done correctly, it is a thing of beauty.

Today on Mangled Matters, let’s take a look at five horror films that mastered the surprise twist. I’m going to try and keep the super obvious choices off of this list, even though those films absolutely rock. Here’s looking at you The Sixth Sense, Sleepaway Camp, Saw and The Ring. 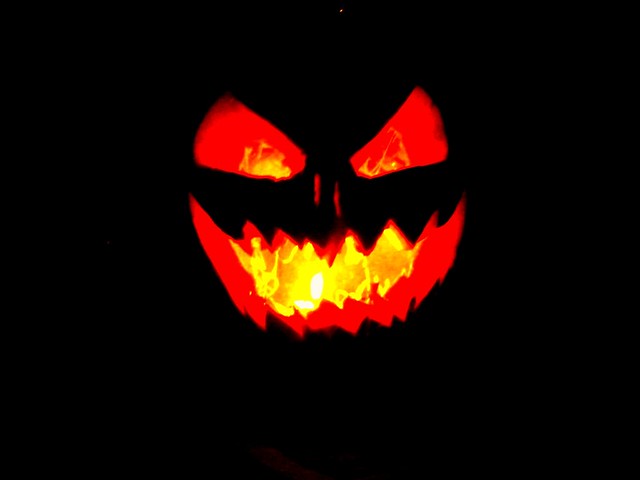 1962’s Carnival of Souls kicks things off and for good reason. The story of a young woman named Mary who survives a car accident only to be tormented by ghastly visions is arguably the first film of its kind. Mary is lured to a mysterious carnival that ultimately provides her the relief she’s looking for.

This movie is a blast. I absolutely love everything about it, including director Herk Harvey playing the ghoulish main creeper himself.

Seven years before my favorite Carnival came to town, French filmmaker Henri-Georges Clouzot brought us the fantastically feverish Diabolique. This one centers on a woman and her husband’s mistress scheming to murder the two-timing lover between them. They think they’ve gotten away with things but suddenly the man’s body is nowhere to be found and things start to get just a little… ooky spooky.

Alfred Hitchcock called this one his favorite film and for good reason. My goodness! The story-telling is a great mix of thriller and terror. The shocking ending is widely lauded as one of the best horror moments of all time. The film flipped French cinema on its head and became one of the most talked-about suspense films ever. See this one. Immediately.

2014’s Goodnight Mommy is the most recent entry on the list and it takes a damn good stunner to make audiences gasp in the twenty-first century. The Austrian horror thriller is the story of twin brothers who believe their mother is not quite right after returning from cosmetic surgery on her face. See, mom is making odd rules around the house and not really acting herself. A mind-blowing, heart-wrenching ending will keep you talking for days afterward.

The film is widely considered one of the best the genre has to offer in recent memory. That about sums it up. Check it out!

Jacob’s Ladder is a 1990 psychological nightmare that stands atop the totem pole of psychological horror films, in this writer’s opinion. Tim Robbins delivers a devastating performance as Jacob Singer, a man who is struggling to come to grips with the terrors he witnessed during the Vietnam War. As his sanity spirals further and further downward, the nightmare fuel burns brighter. The ending of this one is a sucker punch to the heart every time I see it.

The horrific visions Jacob is subjected to will be sure to convince you to sleep with the hall light on.

We go way back for the last pick on this list. 1922’s The Cabinet of Dr. Caligari weaves the tale of a maniacal Dr. Caligari (Werner Krauss) and his somnambulist Cesare, played by one of the all-time great silent era fright icons. A murder is thrown into the mix and by the end of the film, the audience is left wrestling with their sanity much like Francis, the character who has been telling his story throughout the film.

This German Expressionist shocker is one of the best in an illustrious collection of phenomenal silent-era films.