The name Bernie Wrightson is synonymous with the macabre and horrifying. Mr. Wrightson is responsible for a number of nightmares put on paper, including Swamp Thing, a collection of Stephen King collaborations and an absolutely gorgeous adaptation of Frankenstein that is the Holy Grail of most horror art collectors. Just ask Guillermo del Toro.

Beyond being quite possibly the greatest illustrator of all time, Bernie was a warm and outgoing gentleman who always made time for his fans. He was old school, the kid who was raised on the creepy gold of the 50’s. The teen who cut his teeth sending in his original work to big shots in hopes of catching his big break. The adult who never forgot where he came from. 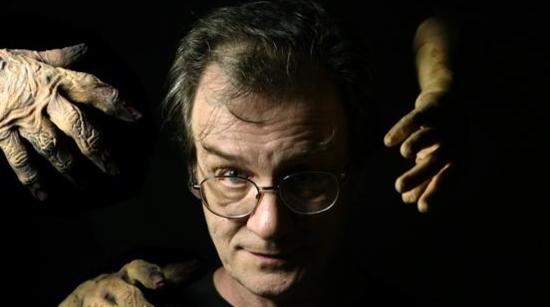 Born in Dudalk, Maryland in 1948, Bernard Albert Wrightson was your stereotypical horror enthusiast as a kid. He consumed EC Comics every chance he got and by the age of eighteen, he began to see his work published in the spooky skins that he grew up loving. While he awaited his big break in the comic world, he served as a newspaper illustrator. Soon enough, he was offered a freelance assignment with DC Comics after his art caught the eye of the head honchos at the legendary comic company. Shortly thereafter, Wrightson created his first professional comic and saw it grace the pages of House of Mystery (“The Man Who Murdered Himself”).

Wrightson’s Swamp Thing came to life in 1971. Originally created as a standalone comic set in the Victorian era, this wouldn’t be the last time Swamp Thing graced the horror landscape.  He would also go on to illustrated a handful of Lovecraft and Poe stories during this time. Over the next twelve years, Wrightson kept busy carving his name into the comic tapestry as he rightfully earned his status as illustration royalty. For the next thirty-plus years, Wrightson lent his skills to a mountain of projects, including Spiderman, Batman, Heavy Metal, Ghostbusters, and his works with Stephen King. 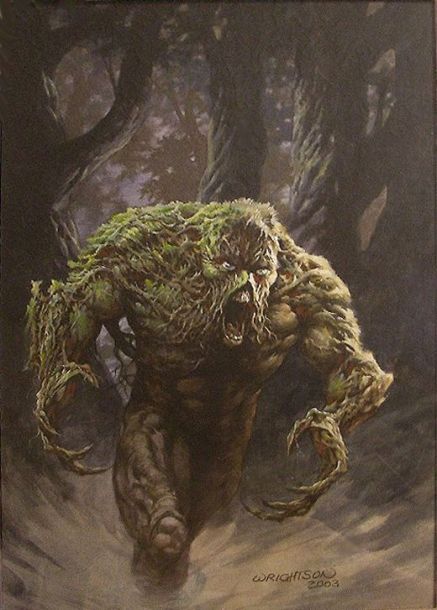 The first project Wrightson and King worked on is the comic Creepshow, which was also turned into a beloved cult classic film that absorbs the vivid imagery of Wrightson’s work onto celluloid. A few years later, Wrightson provided the chilling artwork to King’s Cycle of the Werewolf and would go on to put ink to paper for the illustrated edition of The Stand, Wolves of the Calla and the hardcover edition of From A Buick 8.

His conceptual work can be seen in countless horror films, namely The Faculty and The Mist. 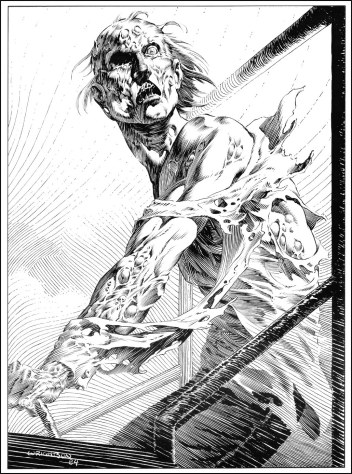 Swamp Thing has seen a number of revivals over the last nearly forty years, most notably through multiple volumes of comics and on film and with a television series in the 90’s that has earned a cult following. A tragically short-lived series on the DC Universe streaming service had a solid fandom growing earlier this year before the DC team pulled the plug. The Saga of the Swamp Thing, released in 1982, was the first mainstream comic series to ignore the Comics Code Authority’s approval. Just as important as his art was his unflinching respect for storytelling and bumping any sort of censorship that came with his beloved work.

Arguably Wrightson’s most incredible achievement is the trunk full of pen-and-ink illustrations he created for an illustrated edition of Mary Shelley’s Frankenstein. The comic adaptation was released in 1983 by Marvel Comics. The full novel is reprinted here, along with the jaw-dropping artwork of Wrightson. What makes this an even more fantastic project is the fact that Wrightson based his monster’s look on the novel’s descriptions and not that of the universally recognizable Boris Karloff movie creature. Wrightson’s artwork is truly a masterpiece, as he labored to ensure that the book and artwork looked “like an antique”. In all, the book features forty-seven full-page illustrations. Perhaps the most stunning aspect of this project is the fact that Wrightson insists it was an unpaid seven year project. He did it as a true labor of love.

Mr. Wrightson passed away in 2017 after a battle with brain cancer, at his home in Austin, Texas.

The art of Bernie Wrightson can be found all across the creative medium and his influence will shine bright far longer than any of us will be around to enjoy it. 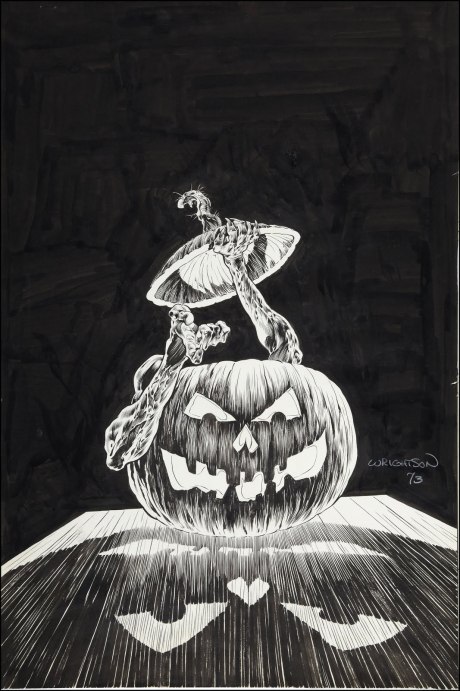