The world is full of terrible history and tormented tenants that have rendered countless properties ruined and reportedly haunted.

Some of these ghostly stories can be brushed aside by a simple fact check. Others, not so much.

While most folks are aware of the likes of the Winchester Mystery House, the Villisca Axe Murder House and Lizzie Borden’s home, we here at Mangled Matters are digging a little deeper, driving that extra mile down the creepy dirt road and finding some truly chilling residences.

Here are a few homes you might want to skip when out trick ‘r treating on October 31st..

Bern and Harlow were a Hollywood couple that reportedly was mired in abusive volatility. In 1932, Bern shot himself in the head while standing in front of a mirror. An ex-girlfriend of Bern’s jumped to her death a few days later, prompting Hollywood gossip to go into overdrive with salacious stories of suicide, a love triangle and good people gone bad. Many still believe that Bern was murdered and then set up to look like a suicide. As if a curse had fallen upon the home, Harlow herself died a few years later at the age of twenty-six.

As if the residence needed any more of a dark story line, in 1963, hairstylist to the stars Jay Sebring purchased the home and lived there with his actress girlfriend. That girlfriend’s name? Sharon Tate. Tate separated from Sebring and moved in with her new boyfriend, filmmaker Roman Polanski some time afterward. Sebring and Tate, of course, would fall victim to the heinous Charles Manson cult crimes in 1969.

Before leaving the home, Tate was on record commenting on curious goings on in the Harlow home, noting that she’d seen a “creepy little man” in the home one time. She thought that was Paul Bern’s ghost. She also claimed to have seen a hanging corpse in a hallway. Rumors of two more deaths, in the swimming pool years later, have never been confirmed.

Also known as the Red House, Ghost Mansion and Case Delle Streghe (delightfully translated to The House of Witches), this residence simply exudes warmth and charm. Although, that warmth may be blood..

Looking like something out of a gothic horror film, the ominous building holds a story that perfectly matches its appearance.

It’s said that in 1862, Count Felix de Vecchi, a decorated war hero and revered painter and explorer who built the home as a summer vacation for his family, arrived home from a trip to find his beloved wife horrifically murdered and disfigured. His young daughter was missing. The girl was never seen again. Count Felix de Vecchi took his own life less than a year later. This part of the story, like a lot of the rest of it, can be disputed as some claim he simply died of liver failure shortly after the tragic murder.

As if a murder and suicide weren’t enough to get the hocus pocus going in the home, good ol’ Alistair Crowley himself stayed in the home during the 1920s. Satanic rituals naturally followed and it is reported that bad energy has been trapped in the walls of the home. Local folk still report the haunting sound of a grand piano coming from inside the home late at night.

Interestingly enough, an avalanche destroyed several properties in the area in 2002, but the Red House remained unscathed.

The home exchanged hands a few times through the 1960s when it was finally abandoned and now sits dormant and dilapidated in the Italian mountains. There’s only one completely preserved family home from the 19th century in all of modern day New York City. Care to guess which home that may be?

The Tredwell family lived in this massive home for over 100 years. The home was built in 1832 and became a museum in 1936, three years after the last Tredwell lived- and reportedly died- in the home.  In 1965, the home was designated under New York’s new landmarks law and is still open for tours to this day.

Of course, this property wouldn’t be on this list unless there was some ookie spooky sorta stuff going on, right?

Museum staff and patrons claim to hear noises and voices throughout the museum- especially during hours when the home is closed and otherwise empty. Ghostly visions and children’s laughter have also been reported within the walls of one of New York’s most captivating buildings. Have no real fear, though- whatever is still residing in the Merchant’s House Museum after all these years is completely harmless. 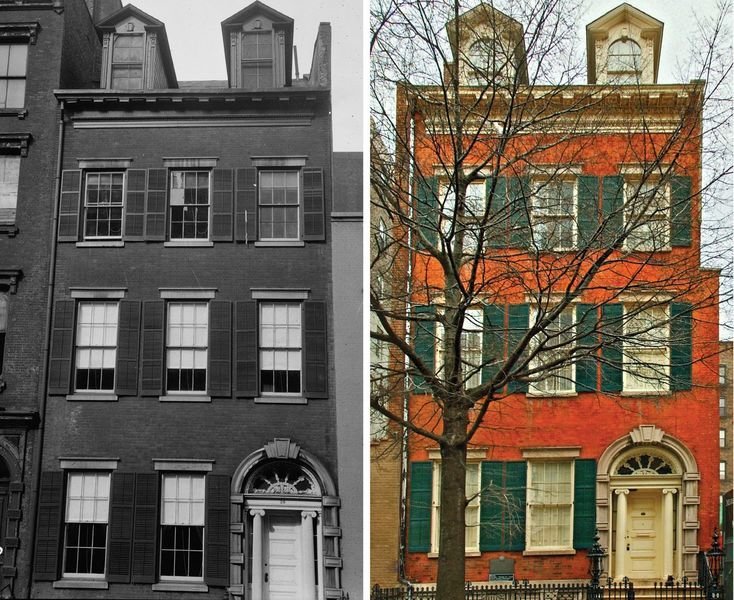 Built in 1895, this home is currently open to the public.

It’s been reported that the original homeowners, Frank and Mary Henderson, still walk the halls, along with a war veteran, a child and a dog. If you really want to get the goosebumps crawling, you’ll be interested to know that these spirits have tried to communicate via an unplugged radio on more than one occasion.

The property has been featured in three horror films (naturally) and has been the subject of investigations with multiple paranormal teams.

While it doesn’t appear anything is malicious with the paranormal activities that take place at the Henderson Castle, it certainly earns its spot on this list. 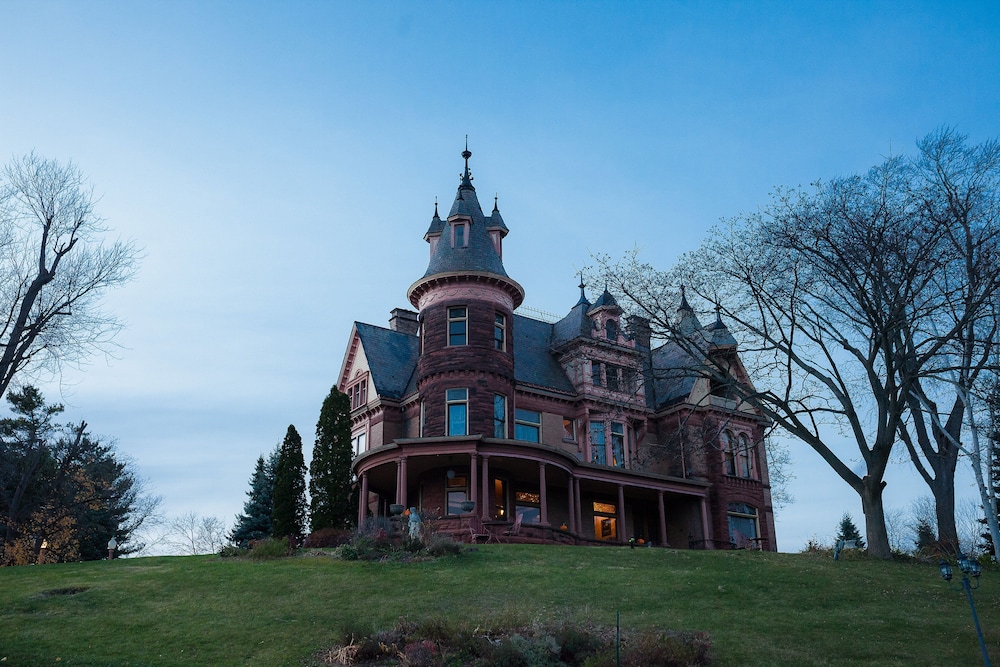 People have reported seeing a man in the form of a skeleton covered in armor and flames. Pretty gnarly, if you ask me. These reported sightings have been going on since medieval times. At least one terribly cruel and violent previous resident of the castle was met by the Red Ghoul and quickly changed his ways, living out the rest of his life as charitable and kind as possible. This ‘red ghoul’ shows up whenever something nefarious is occurring at the castle- he attacks those who are causing harm or stress to others. There are still reports of the ghastly being lurking the corridors of the castle to this day. 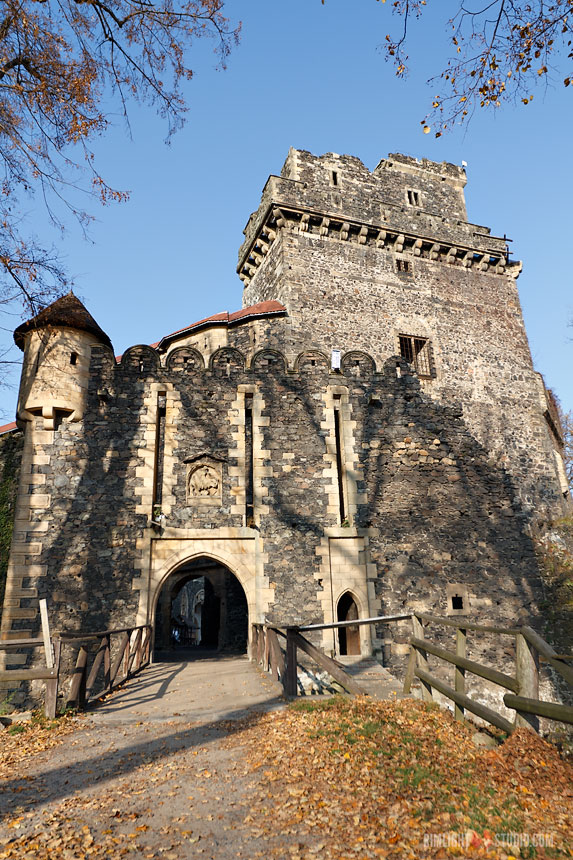