How many times have you heard that when it comes to discussing films? How many times has it been the punchline of a joke? How often is the idea shrugged off by casual movie goers? When was the last time someone came out and really made a stink about this lazy and offensive stereotype? I’ll wait.

Imagine, if you will for a moment, that you were a non-white person who loved horror films. In a day and age where men and women of every ethnicity are not only making films but are being recognized for their work (see this year’s Academy Awards as a prime example), is it really too much to ask that all races and genders are represented fairly and evenly in the world of cinema?

Jordan Peele, the maestro behind Get Out and Us, as well as the upcoming The Twilight Zone revamp, made headlines a few days back when he said that he doesn’t see himself “casting a white dude as the lead in my movie”. Sure, there was more dialogue to be digested and appreciated during the lengthy interview that quote was taken from, but who cares? JORDAN PEELE IS RACIST!

Really? First things first, let’s check out the entire quote, as well as a few other pieces from that same interview on the topic of racism that cast a whole different light on one random piece of a much larger idea and monologue from Mr. Peele.

The following quotes come from a larger piece via The Hollywood Reporter:

“The way I look at it,” he explained, “I get to cast black people in my movies. I feel fortunate to be in this position where I can say to Universal, ‘I want to make a $20 million horror movie with a black family.’ And they say yes.”

“I don’t see myself casting a white dude as the lead in my movie. Not that I don’t like white dudes,” he said, nodding over to his moderator pal Roberts. “But I’ve seen that movie.” The line drew loud applause and shouts of agreement. “It really is one of the best, greatest pieces of this story, is feeling like we are in this time — a renaissance has happened and proved the myths about representation in the industry are false.” 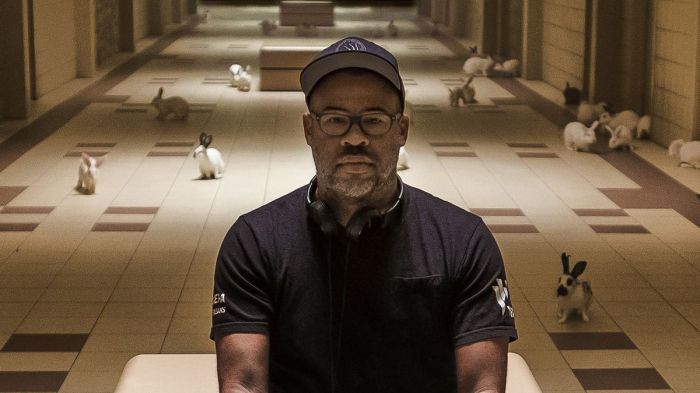 As one can easily see, the quote that is being paraded around by some as a racial power trip by arguably the only voice for minorities in mainstream horror right now is not only being taken out of context, but it’s also showing an ugly side of America. The same side that Peele’s films and the audiences that love them point a finger at often.

So it’s racist for a black filmmaker to be proud that he can hire black actors in lead roles? That’s an awfully convenient argument to make. Why don’t we hear these same people chirping when a white filmmaker casts white men and women in their lead roles? Why can’t films be told from perspectives that aren’t white? Why are some white people so damn concerned and fragile with a statement like this that they have to shout racism?

The answer is simple. Because it’s been a white man’s game for so long and the playing field is finally, slowly. mercifully evening out. It’s taken decades to get this far but progress is being made by the week. This, for some ridiculous reason, ruffles the feathers of far too many people. It scares people. These are the people who begin to raise a stink when a comment like the one highlighted in this piece is made.

Times are changing, people. Get used to it.

Films like Peele’s horror tandem, Mexico’s Alfonso Cuaron’s Academy Award-winning Roma and Patty Jenkins’ Wonder Woman are ushering in a new era in cinema. It’s not stopping any time soon, either. Peele’s production company will be behind 2020’s “spiritual sequel” to the most iconic black horror villain of all-time, Candyman. Spoiler alert- there are going to be black people as the leads in that one, too. 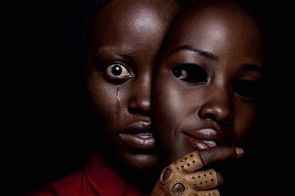 Jordan Peele said nothing wrong when he stated that he couldn’t see himself casting a white dude in one of his films. Why would he? We have seen that movie before. It’s called the last ninety years of cinema. There’s nothing a white person could encounter in a film that hasn’t been done a dozen and a half times before.

Peele is bringing a fresh perspective and fresh ideas to the only genre in film that truly can examine the issues at hand. Horror has always been the bastard child of the silver screen when it comes to award recognition and respect. But it’s also the only genre that has the freedom and lack of boundary awareness to properly tell the stories that Peele wants to tell- the stories that need to be told.

This negative mindset regarding horror is changing, and we have Jordan Peele to thank for that.