Glenn Rolfe isn’t new to the “scaring people senseless” game but that doesn’t mean a familiar face can’t bring a new voice to the party.

The Window tells the tale of a man named Richie, who is struggling with his own inner demons. Richie gets his son James for the summer and James brings some friends along, too. If horror has taught us anything, it’s that visiting a parent battling mental illness (or more?) rarely ends well. But again, Rolfe doesn’t give us a cookie cutter tale of terror here. Instead, he goes for the jugular hard and often and it works wonderfully.

Richie isn’t just dealing with depression and mental issues. He also has a demonic visitor watching him from the other side of the window. It’s a terrible force that offers Richie anything and everything his heart desires, but at a cost.

It’s hard for a horror piece, especially a novel, to be brutally violent without feeling gratuitous but Rolfe walks the fine line perfectly in this one. The Window has quite a few scenes of violence and terror that should sear nicely into a reader’s mind but never fear – Rolfe isn’t here to make you barf, he’s here to make you afraid of your own reflection. Rather than rolling your eyes at gallons of blood and boxes of tattered limbs, the reader is left with an uneasy pit in their stomach and a sincere investment in these characters.

I usually have a hard time putting too much stock into a teenage character in a novel, often times because the author handles the kid’s dialogue about as smoothly as a bull in a china shop. Rolfe is young enough to remember how teens actually talk and smart enough to not paint his teenage characters as cardboard cut-outs of clichés and punch lines. James is a character you not only like, but also want to win. Pitting teens against an ancient evil has been done a few times before, sure, but Rolfe turns his back on the clichés the horror reading community has grown tired of and tosses a few monkey wrenches into the novel for good measure.

Nods to The Shining and It are always a comforting thing for me, as a die hard King fan. I also love that music plays such a big part in Rolfe’s library, whether the characters are listening to it or the readers are treated to a perfectly placed lyric at the beginning of a chapter.

I’ve never been one for spoilers in reviews and I won’t be blowing any surprises here either, but take my word for it – Rolfe is widely considered a heavy hitter in the genre for a reason and he doesn’t let up in this newest novel.

The Window is a fresh take on the demonic possession tropes and Rolfe has a new fan favorite on his hands. That’s a hell of a deal.

Get your copy of The Window today! 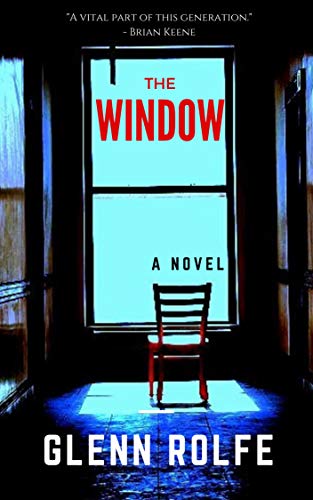