We are officially four weeks away from the greatest day on the calendar!  I’d say that’s cause for celebration, and it’s not really a party until the music starts…

I’ve compiled a list of fifteen songs to get you in the mood to boogie.  From hard rock and punk to atmospheric creepiness and instrumental, this list is just a beginner’s guide to the perfect Halloween soundtrack.  Check ’em out and feel free to share your favorites in the comments below!

A Nightmare on my Street (DJ Jazzy Jeff & The Fresh Prince)

Released in 1988, this song made it all the way to #15 on the Hot 100.  It was even considered for inclusion on the soundtrack to A Nightmare on Elm Street 4: The Dream Master, but copyright issues halted that.  It’s a really fun jam. 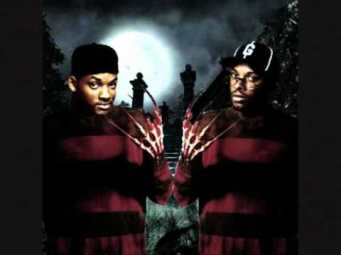 In The Room Where You Sleep ( Dead Man’s Bones)

If you don’t know by now, Ryan Gosling is the lead singer of Dead Man’s Bones.  Yep, that Ryan Gosling.  This song was featured in The Conjuring. There are actually two versions of this tune and they are both awesome – one includes a children’s choir in the background for added spooky effect.

Arguably the most beloved and famous monster song of all time, this track has it all – eerie beats, Michael’s fantastic voice and VINCENT PRICE!!!  Also, it spawned my all-time favorite alternate version to a song.  Do yourself a favor and check out ‘Indian Thriller’.  I’m just saying.

So much to love about this song!  It still feels too short, even at nine and a half minutes long.  The lyrics are awesome and the music behind it is haunting.

Turn up the speakers to eleven and let it rock.  I found this song quite a while back on a mix CD that was included in a rock music magazine and instantly fell in love with it.

The Breather (Wolfmen of Mars)

Oh my Lord.  The Wolfmen of Mars are probably the coolest and busiest horror band working today.  They seem to churn out an album every few months and each track of theirs is saturated in Halloween and horror cinema goodness. 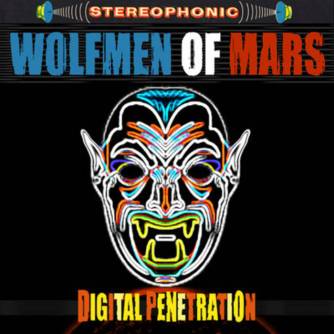 You can choose from a laundry list of Rob Zombie songs to include on a Halloween mix, but I’m going with this all-out rock anthem about lycanthropes, a full moon and dripping minds!

Seance By The Sea (Wolfmen of Mars)

The only band with two tracks on this mix, all you have to do is close your eyes, kick up your feet and enjoy some damn near perfect Halloween vibes from this great band from Boston.  Please check these dudes out.

The grand marshal of spook music, Alice Cooper may not be the first musician mentioned on this list but he certainly stands atop the monster mountain.

Ah yes, my all-time favorite classic Halloween song.  It’s just so simple and playful.  If this one doesn’t get your toes tappin’, you might not have a pulse!

This Is Halloween (A Nightmare Before Christmas soundtrack)

For folks of my generation, this song is probably one of the most recognizable songs ever from one of the most popular movies ever.  Marilyn Manson has a solid version of this song, but nothing beats the original from the 1993 film.

Danzig and the boys sure know how to lay down a track.  This jam is like a shot of tequila – quick and strong, but boy does it bring a smile to your face.

Another kick ass indie band from Boston, The Mangled Dead are what a group of zombies who love the Ramones would be.  This track is a lot of fun and definitely sets the Halloween mood.  Please show these fellas some love!

Good gravy, does it get any better than this?!  This song makes the perfect ringtone, sets the mood just right for a Halloween party and instantly throws me back in time to the days when trick or treating meant the world to me.

Bark at the Moon (Ozzy Osbourne)

The Oz Man cometh.  You had to know he was going to make the list!  From the face melting guitar work to Ozzy’s ode to werewolves, this track makes for a perfect last call song during any Halloween party.

And there you have it, folks!  Rock on!