Many of you that like the horror genre have heard in the past, “Are you twisted? Why do you like that stuff?” or “I can’t stand being scared, it’s crazy you like it”.  You’ve probably thought to yourself, ‘Why do I like it? I can’t explain it, I just do’.   Don’t worry, you’re not going to become a serial killer or anything like that for liking killings, monsters or ghosts.  It’s all about feelings, man.  And here’s where I break it down for you.

After watching a movie that scares the crap out of you, do you ever feel kinda good or freakishly upbeat?  Haunted houses and horror films and plays have been scaring our pants off for a while now, and we love it.  From the first horror film in 1896 Le Manoir du Diable, featuring a lot of smoke with bats, ghosts and trolls, to this weekend’s big release Don’t Breathe, about thieves robbing a blind man who is seemingly helpless, horror has changed and evolved immensely over the years.

There is a huge horror community for those who love the macabre, but why?  With Halloween quickly approaching, us horror folks are super exited.  The thought of going to a haunted house nearly has me squealing with excitement.  Unbeknownst to me, until recently, this feeling of euphoria (if you will), is a chemical reaction.

When scared, the body releases a ton of adrenaline, mostly for getting ready to defend your life or kick some ass!  You often hear of people being adrenaline junkies – probably due to the heart racing, tummy butterflies, blood pressure going up, a burst of energy and getting thrown into the “flight or fight” mentality.

Sounds awesome, right?  Let’s admit it, right here, right now – when you feel scared or like you have to defend yourself, you immediately feel like the strongest, most capable person in the world.

That can be enjoyable for some and a nightmare for others.  Fear sometimes causes anxiety and nervousness in certain people – those peeps probably wouldn’t read this article.  But the most interesting information I found out was that scary instances which you feel might be fake or that can be overcome, are usually not as scary.  But when you’re at the thin line of reality or something’s touching on a personal fear of yours, shit gets real and you become genuinely scared. 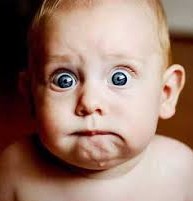 So when you’re at a haunted house in the next few months or in line for the next big horror film, and someone asks why you have that crazy look in your eyes and a grin on your face, just tell them “I’m a horror junkie and damn proud of it!”

One thought on “Like Being Scared? Your Favorite Horror Newbie Tells You Why”